We do not have sufficient stock for the quantity ordered.

20 games to keep kids busy on the holiday journey

The holidays are coming!! And this year they are likely to take place somewhere closer to home, so there may be a lot of us on the road! But whether we go by car, train or plane, in collaboration with PicWicToys, we decided to come up with a small « anti-boredom » kit that you can adapt according to your mode of transport. 😉

« Mummmmmmmmmm, Daddddddddd, are we there yet? » Holidays are great, but getting there often a little less so, especially if it’s by car! But any occasion can be turned into a game, which is why PicWicToys has prepared a small kit of game ideas that require no materials and which will turn boring journeys into pure fun. It works just as well whether you are travelling by car, train or even by plane, you have to adapt accordingly!

A fun and social alternative to mobile phones and portable game consoles! So, without further procrastination, here is the selection of games, and feel free to adapt the rules as you see fit! Ready, steady ……. play!

The « neither yes nor no » game

The rules are simple. The chosen person is not allowed to use the words « YES » or « NO ». The other players must try to make the chosen person say the forbidden words. Synonyms such as « absolutely, of course, not at all » are perfectly valid responses!

PicWicToys tip for kids: ask the player about a subject they are really interested in, they will feel confident and more easily let their guard down! Be smart, this is a  game of strategy.

Stuck at the toll booth or in a traffic jam? This game consists of finding a word which begins with each letter of the licence plate of the car in front. Any player who cannot find a word for each letter is eliminated. Please note that a word can only be used once. This is the perfect game to enrich your vocabulary. The winner is the last one left playing!

PicWicToys tip for kids: start thinking about your words before your turn comes. Try to think of  several words for a letter in case the letters repeat.

The syllable or letter game

Players choose a syllable and must take turns finding a word starting with that syllable. The syllable « ant », for example, can produce words such as antique, antiseptic, antler, anticipate, etc. Once a player can no longer find a word, they are eliminated, until only one remains who is the winner! You can also play this game with letters, the driver chooses a letter and the passengers must find words starting with that letter.

PicWicToys tip for kids: start thinking about your words before your turn comes. Try to have several words ready so you are not caught out if someone else uses one before it’s your turn!

The driver chooses a word, and the passengers then in turn give a word related to the previous one. For example « sun », « beach », « sea », « fish », etc. The first player who makes a mistake or repeats a word already mentioned is eliminated!

One person begins by thinking about something or someone. The others in the family must then ask that person a question in order to gather clues. But… questions can only be answered with yes or no! The player who correctly works it out scores a point and then thinks of the next puzzle for the others.

PicWicToys tip for kids: ask very general questions to start with and get specific later. Remember, every answer is important, try to memorise them.

Each player chooses a make of car. The winner is simply the one who chooses the make that passengers see the most of on the road. You can also play this game using car colours.

PicWicToys’ tip: choose a brand of car that is popular where you live.

The King of Silence

One simple rule, don’t make a sound. Whoever speaks or makes a noise is eliminated. The wisest will win!

PicWicToys tip for kids: take a nap during the game (but don’t snore!).

Perfect for improving your geography knowledge. The driver starts by saying a country name, passengers must then find the capital of the country as quickly as possible. The fastest scores a point. Who will get the most points?

PicWicToys’ tip for kids: pay attention during geography lessons of course, but also try to remember the capitals that are mentioned, they will surely be repeated on the next trip.

PicWicToys’ tip for kids: try putting unusual objects in the suitcase to trap your opponents. You need to keep your concentration to win this one!

The rule of this game is simple, just replace all verbs with the verb « smurf « . Anyone forgetting to smurf is eliminated. Who will be the best smurfer?

PicWicToys tip for kids: don’t be talkative, let the other passengers make the mistakes. Also don’t use complicated sentences and use as few verbs as possible. 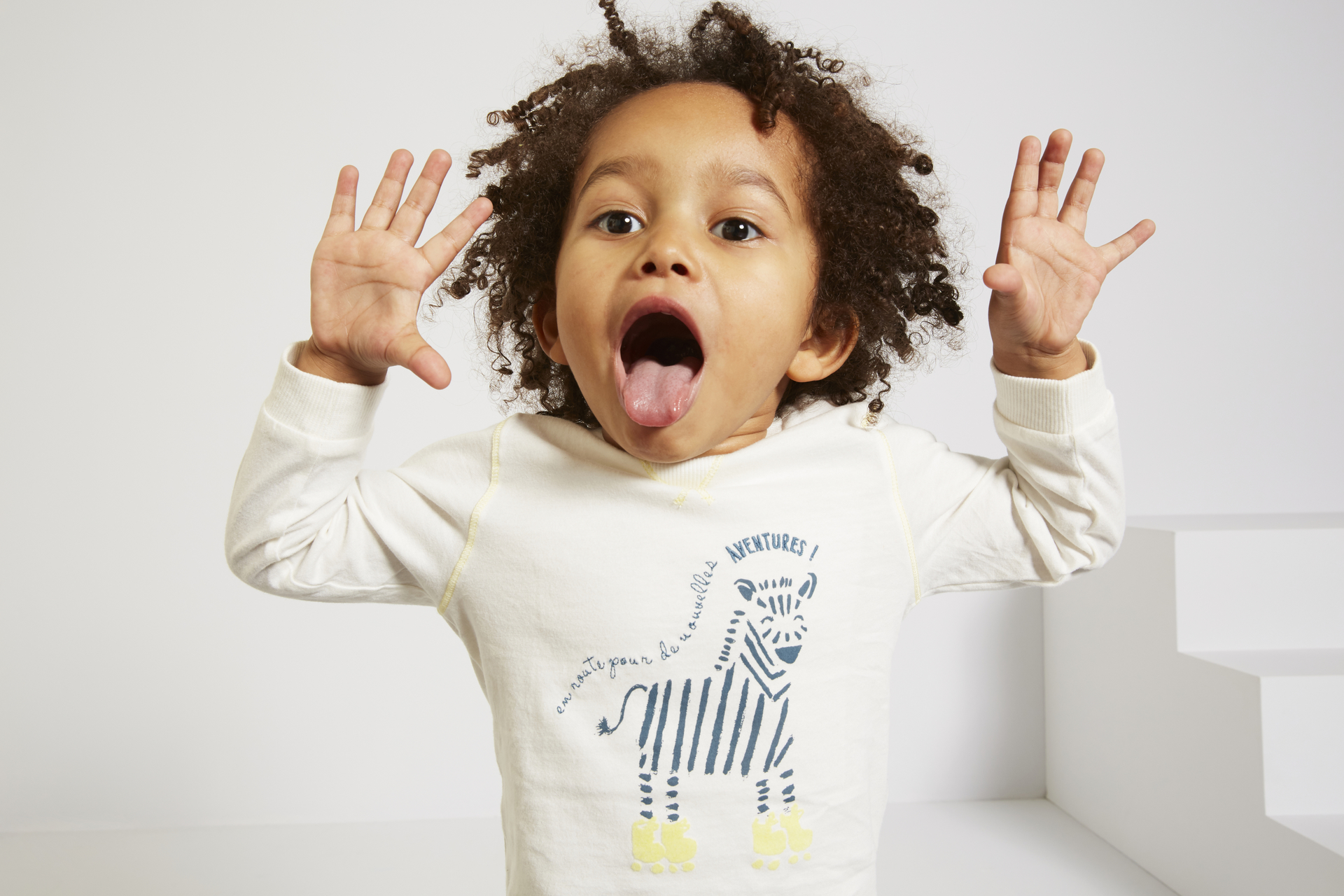 A player chooses a first name. The others must then name a famous person with this first name. If a player cannot continue the chain, they are out. Only one person can win!

PicWicToys’ tip for kids: try to keep a supply of celebrities in your head to avoid your opponents taking the words from your mouth.

Visit YouTube and select a « blind test » category that will appeal to all passengers (films, series, cartoons, songs, etc.). If you don’t have a smartphone the radio will do. Let your knowledge speak for itself, the fastest will win!

PicWicToys tip for kids: there is no real trick here, just be as quick as possible.

Find shapes in the clouds

Here there is no winner or loser, the goal of the game is to find shapes by observing the clouds. This game will fascinate young and old alike and develop their imagination. « Oh mum, look, I can see an elephant in the clouds! »

PicWicToys tip for kids: let your imagination run wild, the more crazy it is, the more you will imagine things in the sky.

The first player starts by looking for an object or something they can see starting with the letter « A » (an apple for example). The next player must then look for something that starts with a « B » (a BMW, a sign for Bristol, etc.). This game is not a competition. The aim is to finish the alphabet. Of course some letters are more problematic than others, such as Q, X and Z, so get thinking!

PicWicToys tip for kids: without giving the answers, help other players with subtle clues.

Choose a theme, for example « countries », « cartoon characters » or « animals ». Then choose a letter, for example the letter « F ». If the theme is « countries » each player in turn will have to name a country whose letter begins with « F », for example « France », « Finland », « Fiji », etc. The first player to dry up or repeat an answer is eliminated!

PicWicToys’ tip for kids: for the little ones, no letters are required. The game might seem too difficult to them otherwise.

This is a game for two players. They must show one of the symbols for rock, paper or scissors at the same time. Rock wins against scissors, scissors win against paper and paper wins against rock. The first player to win 10 rounds wins the game!

PicWicToys’ tip for kids: Rock, paper scissors is a game of both instinct and strategy. Try to think about what your opponent will play as a result of what you played just before. Be careful, you will have to think quickly, try to know what you will play before each round.

The object of the game is to imitate animal sounds. One of the passengers imitates an animal and the others guess what it is. The first to guess scores a point and goes next!

PicWicToys tip for kids: try to imitate animals that are harder to recognise to gain an advantage over your opponents.

For this game one person is game master and will ask the others various questions. A correct answer scores one point. The first player to reach 10 points wins the game!

PicWicToys tip for kids: have a guess even if you don’t know the answer!

For this game, ask one of your parents to attach a small toy of a spaceship, a figurine or a car sticker to the window. Then have fun avoiding imaginary obstacles by looking at the toy and moving your head.

PicWicToys’ tip: use gum or putty to stick the toy without leaving traces.

Take a sock and put it on your hand, like a puppet (if you have a puppet that works too!). The aim of the game is to swallow the cars you pass or anything you decide on, such as certain colour objects alongside the road! Eat as many objects as you can in 1 minute and pass the sock to the next person to take their turn.

PicWicToys tip for kids: You can change the duration of the game or add rules to the game to change it, perhaps a penalty for eating the wrong object!

All of the above games require no special materials; everything you need is in your head! But if you want to take some games on vacation, to play on the way or even to convert your summer evenings into madness and mayhem, PicWicToys has also prepared a list of games that fit the bill perfectly:

Have fun and above all, have a great holiday!! J

It is now waiting for moderation by our teams.

See you soon !
Your comments

Don't worry, nothing will be published without your agreement.

Open a Tape à l’oeil account to benefit from all the online boutique services:

Enter the card number and your name to open an account and get 1 bonus point.

We have not found a TAO account associated with that address